Skip to the content
Search
Home Improvement 2 months ago

Regular Flagpoles versus The Titan Flagpole

Flagpoles are fantastic products that come in a range of types, sizes, forms, and uses. Flagpoles are available for use in a variety of locations, including residences, commercial buildings, RVs, and vehicles. It can be difficult to adequately compare one type or brand of a flagpole to another as a result. To find out what makes the titan flagpole unique and what maintains it consistent with other flag poles, we do want to take the time to analyze it carefully.

This flagpole was made by Flagpole Farm. It includes patented telescoping technology to give the customer a unique experience. It is said to be reliable, easy to assemble, move in a distinctive style, and be of durable quality. It can endure wind gusts of up to 95 mph and is easy to adapt to fit nearly any conditions. Whether you need to lower it to prevent it from flapping around excessively in the wind or pull it down completely because bad weather is headed your way, it can be quickly changed to suit any demand. Due to its durability and unique design, this flagpole is a favorite among users all over the world.

A static pole is one that has traditionally been built to stand still. These poles have the benefit of being strong, dependable, and weatherproof. They can handle large flags for a very long period. However, the disadvantage is that they typically squander money. They need frequent, time-consuming cleaning and upkeep. Setting it up takes time, effort, and a qualified professional. They usually cost more, and you can’t take them with you if you move. They might be the best choice in some situations, but they aren’t always the best choice. Other than “monster” flags, they might be difficult to set up and keep in top condition.

There are way too many types of flagpoles for us to include them all here. To properly evaluate them, from little flags for vehicles and RVs to giant flagpoles that soar above business buildings, would take a lot of time. But comparing titan poles, telescoping poles, and static poles is straightforward. They provide you with a clear understanding of the important differences between the numerous types of poles they cover.

Flying a Flag With Pride

Flags serve as important symbols of a nation’s pride and identity. They frequently appear in prominent displays, and their designs can occasionally be rather complicated. A flag typically has specific colors and shapes that are significant to the nation or group that it represents. The 13 original colonies of the United States are represented by the flag’s horizontal red and white stripes, while the union is symbolized by the blue field in the upper left corner. Japan’s national flag is a rectangle with a red circle within and a white circle outside. The sun is symbolized by the circle. The names of the countries or organizations that the flags represent have come to be regarded in the same way as the flags themselves. People frequently associate France with its flag while thinking of that country. Flags can be flown to show support for a certain cause or organization. At sporting events, flags are frequently waved by spectators, and protesters may march while carrying flags. Regardless of the purpose for which they are flown, flags are important in many cultures around the world.

The American flag is a compelling representation of liberty and democracy. The red, white, and blue colors of the American flag are usually understood to represent the nation’s territory, the holiness of its ideals, and the sacrifices made by American warriors. On the other hand, a simpler source served as the inspiration for the flag’s official design. George Washington’s family crest served as its inspiration. Because they are recognized as “heraldic hues,” red, white, and blue were chosen as the three colors for the crest. On the other hand, they have functioned as symbols of aristocracy and nobility throughout history.

The association with George Washington’s affluence as a landowner appears to contradict the meaning of the flag’s nationalist symbolism. But it’s critical to remember that during the early years of the country, there was a great deal of respect for accepted traditions and revered leaders. Therefore, it is likely that the choice to add heraldic colors to the flag was adopted as a way for the nation to express gratitude to its founding father. Unquestionably, the flag’s significance has evolved with time and become much more complex. Both the history of the country and the strong sense of national identity that many Americans feel dependent on it. It also serves as a helpful reminder of the numerous sacrifices made over the years by Americans in the service of justice and freedom.

How to Properly Handle a Ripped Flag

Once a flag has reached the point where it cannot be flown any longer, it must be properly disposed of. The best thing to do is to burn the flag. This can be done in private or as a part of a formal ceremony. Be responsible and exercise caution if you choose to burn the flag on your own. Ensure there is a sufficient amount of fire to burn the flag entirely and that there is no possibility of it spreading to neighboring areas. After the flag is burned to ashes, you are free to scatter the ashes wherever you like. Some people may choose to bury their loved ones’ remains, while others may choose to cremate them and spread their ashes in a meaningful location. R Giving an old flag a respectful send-off is one way to honor everything it stands for, regardless of how you choose to dispose of the ashes it contains.

Visit www.flagpolefarm.com to find all the accessories and flag components you need to show your patriotism. 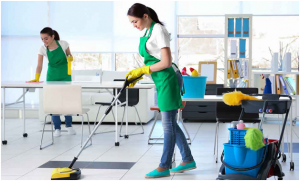 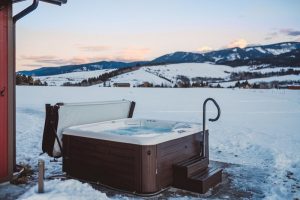